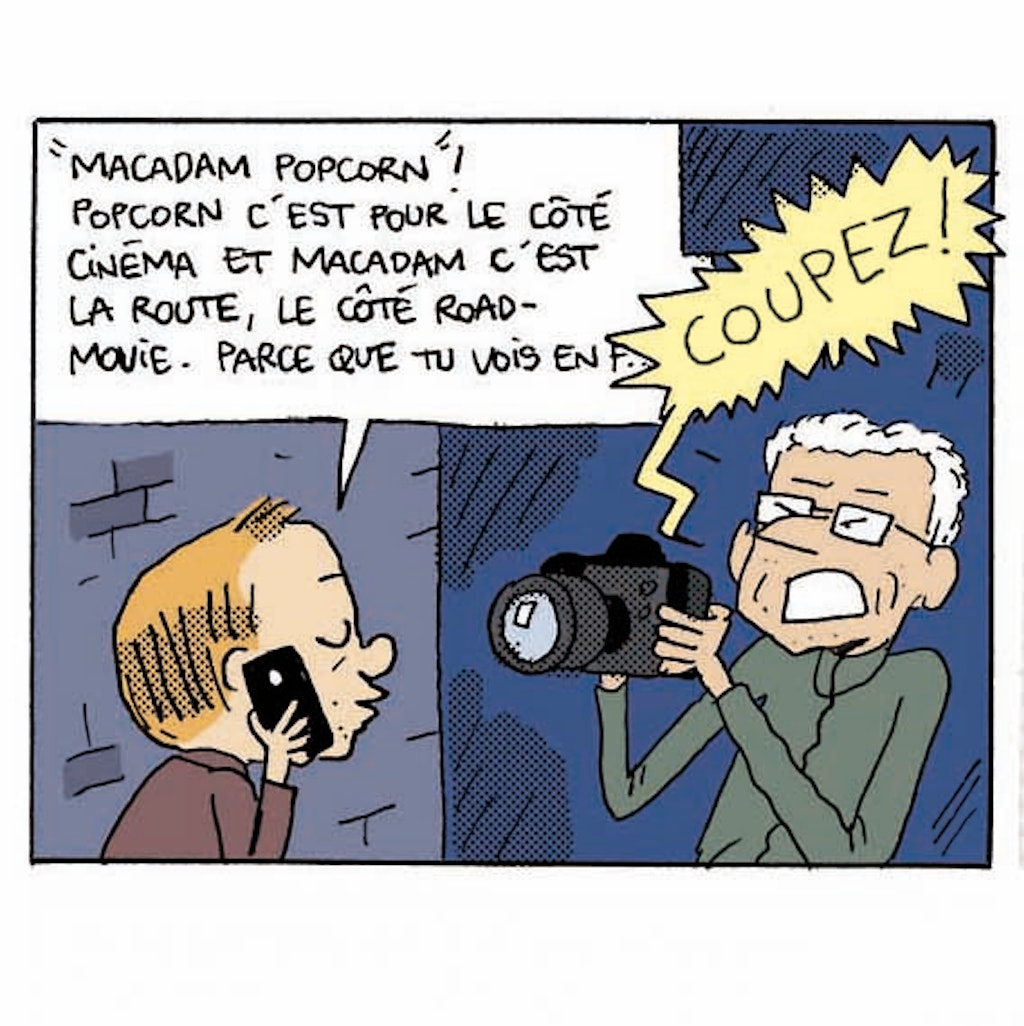 Cartoonist Mathieu Sapin drives across France, meeting “theater operators”. Going from town to town, he discovers a diverse community and gets a look behind the scenes at a distribution model admired around the world.

Jean-Pierre Pozzi and Pierre Barougier, who co-directed “Ce n’est qu’un début”, our previous film, participated in 120 debates all across France following its release. The warm welcome they received and the quality of these debates with audiences led Jean-Pierre Pozzi to examine the representation of cinema in France. How does the diversity of the movie-going experience manifest itself on the ground? What challenges does it face? How is such a wealth of movie options possible, and what are its consequences? And what gives public debates the power to create a bond between people and to transmit a cultural heritage?

In France, cinema is a widely discussed topic. After all, it is people’s favorite pastime. But if people often talk about actors, filmmakers, and movies, movie theaters are frequently ignored, as are theater operators, these men, and women whose passion and achievements generally go unnoticed. Whether they follow their heart or the rigid demands of cultural policy, every week they fight for the movies they’re presenting to their audience.

France has the highest density of movie theaters in the world: from the main cities to the most isolated villages in the Cevennes mountains, people can see a movie in a movie theater. This amazing opportunity to see every type of movie in every type of theater is a cultural and economic model envied the world around. Theater operators are the key element in this system. With the distributors, they are the ones bringing movies to the theaters and audiences to the movies. They are the ones who organize film scheduling so that audiences can discover 20 new movies every week. They are the ones who create a bond between moviegoers and share their love of cinema with the public. We felt that bringing these passionate craftsmen into the spotlight, old-timers and beginners alike, would be a great way to honor movies and cultural diversity.

It is a daunting task, which brings up many questions, almost as many as the number of movie theaters in France: more than 1200 cinemas and more than 3500 screens! This is what Jean-Pierre wants to show us, this incredible wealth and diversity. His scenario is simple: graphic documentaries have been making a mark recently, so he makes an offer to a cartoonist: to prepare a comic book on his subject, and then turn it into a movie. This adventurous cartoonist will be Mathieu Sapin, a film buff, used to atypical projects. Mathieu loves to be on the road, and he spent his youth in the various theaters of Dijon, he was born to be the hero of Macadam Popcorn! As an homage to Mathieu’s style as a cartoonist and the way he presents himself in his books, we decided to create animated sequences with Studio MacGuff and artistic director Eric Serre. We feel these sequences add poetry and rhythm to the movie.

Finally, we hope Jean-Pierre’s film will convince people that we need to cherish our movie theaters and to get together to defend our cultural model; so that audiences will always get to discover movies…at the movies.